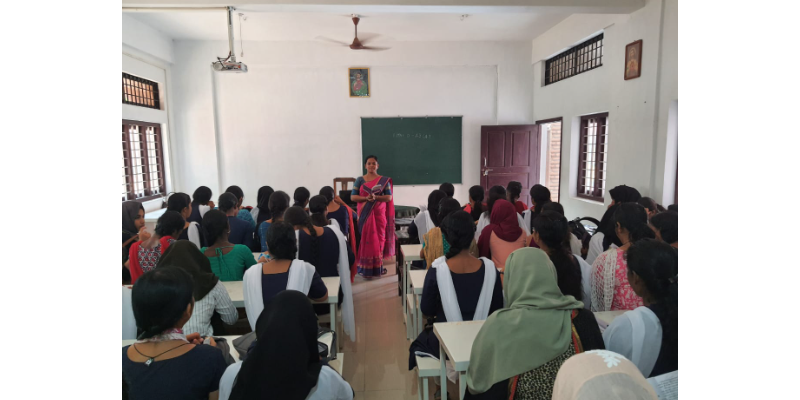 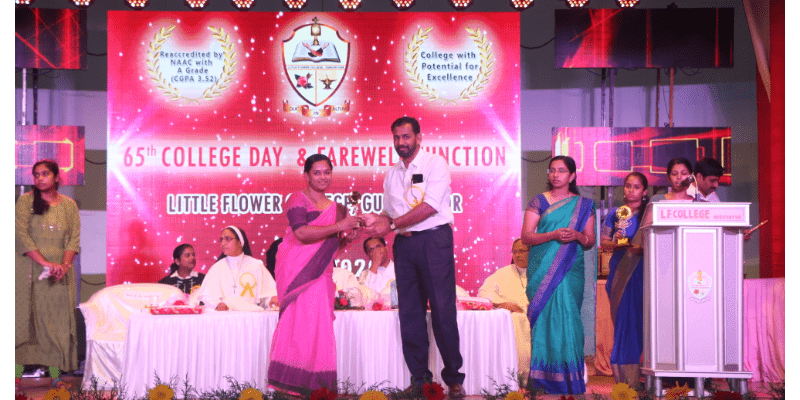 WELCOME TO DEPARTMENT OF HINDI

Little Flower College, Guruvayoor was formed in July 1955 which began to function as a second grade college. Initially the college was the part of University of Madras, later affiliated to the University of Kerala and at present working under the University of Calicut.     From the very beginning of the functioning of the college the authorities had seen the significance of teaching Hindi and as a result the department of Hindi was formed. The students of both Arts and Science subjects are opting Hindi as their common language. The study of language creates an aesthetic sense in the youth. It adds to morality. In this sense the department of Hindi is an inevitable part of the institution. Our department emphasizes the principles of Unity and Integration by teaching the National Language.   Our department started functioning in 1955 with one faculty member teaching intermediate classes, subsequently for different batches in Pre – Degree and Under Graduate classes. Hindi was opted by many students as their second language. As a result more faculty members were appointed to the Department. Later when Pre-Degree was delinked from the college the strength of the students studying Hindi declined which led to a proportionate decrease in the staff as well. However there is a strong feeling among the students and parents to have an Under Graduate Programme with Hindi as their core subject. The Department of Hindi founded in 1957 at the time when the B.A & B Sc Degree courses started. Hindi language is taught as second language for Degree courses.

HINDI -  AN OCEAN OF OPPURTUNITIES

To know about the Language Watch the  Video drive.google.com

To be a center of excellence in Hindi and improve the Hindi language efficiency of the young generations specially the women youth.
Mission
To provide the awareness and knowledge in Hindi to the students of Guruvayoor municipality and nearby grama panchayaths in order to enable them to read, write and speak in Hindi Fluently so that they can thrive a livelihood anywhere in India.
Motto
Learn Hindi and realize the soul of India.